Movable Feast is one of Bookmarks' signature events, now in its eighth year. Presented by Bookmarks and Salemtowne Retirement Community, Movable Feast features authors in a rotation among guests who are seated at round tables. Like speed dating for avid readers, each table enjoys conversation and Q&A's with each author that visits their table.

The eighth annual Movable Feast will feature 21 authors whose works range from poetry to mystery to cookbooks. Guests can choose from two ticket options that include food and drinks. 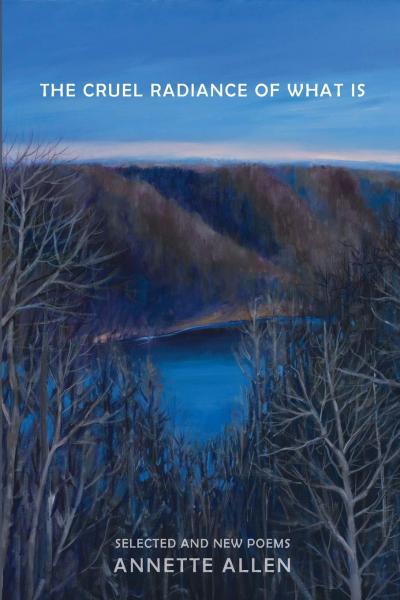 With depth, warmth, and a piquant play of detail, Annette Allen's volume of new and selected poems, The Cruel Radiance of What Is, richly fulfills a life's work in poetry. All the contradictions and ambiguities of her title, both brilliance and the possibility of harm, vibrate with what it means to be alive in these readable--and re-readable--poems. Allen is a former Dean of Salem College and founder of the Center for Women Writers. 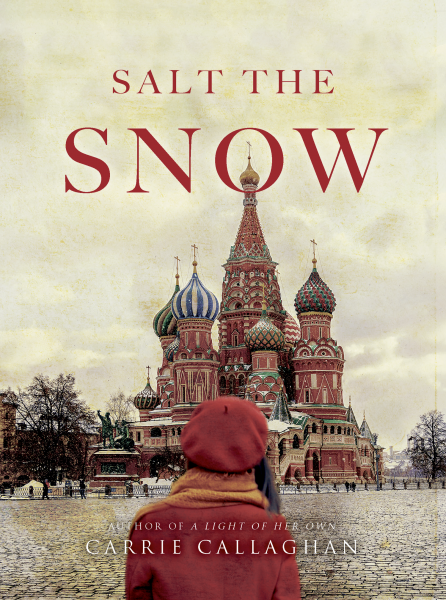 Carrie Callaghan is a historical fiction author of Salt the Snow (CLICK HERE TO PRE-ORDER YOUR COPY), set in 1930s Moscow. American journalist Milly Bennett has covered murders, fires, and a civil war, but she now faces her greatest challenge yet. When her young Russian husband is suddenly arrested by the secret police, his arrest reveals both painful secrets about her marriage and hard truths about the Soviet state she has been working to serve. Salt the Snow is a vivid and impeccably researched tale of a woman ahead of her time, searching for her true calling in life and love.

Dori Ann Dupre is the author of two award-winning novels of contemporary southern fiction, Scout’s Honor and Good Buddy. Contributing blogger to the Hope for Widows Foundation, Dupre is the founder of the Grieve the Write Way grief writing workshops. She is a veteran of the United States Army and lives in North Carolina. 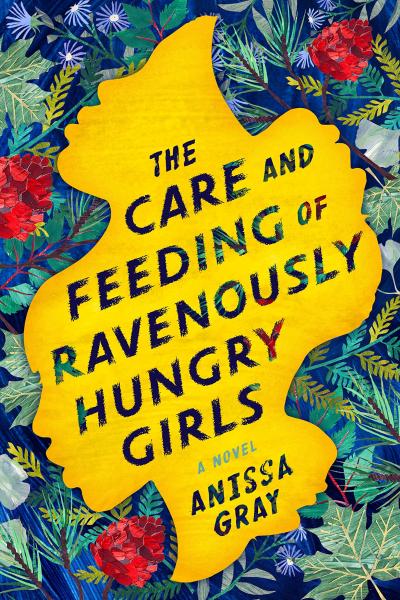 Anissa Gray is a Senior Editor at CNN Worldwide and a contributor to Emmy and DuPont-Columbia award-winning coverage. Her debut novel, The Care and Feeding of Ravenously Hungry Girls, centers around the Butler family sisters: Althea, Viola, and Lillian. Althea, the eldest sister and substitute matriarch, is a force to be reckoned with and her younger sisters have alternately appreciated and chafed at her strong will. They are as stunned as the rest of the small community when she and her husband, Proctor, are arrested, and in a heartbeat the family goes from one of the most respected in town to utter disgrace. What unfolds is a stunning portrait of the heart and core of an American family in a page-turning story. 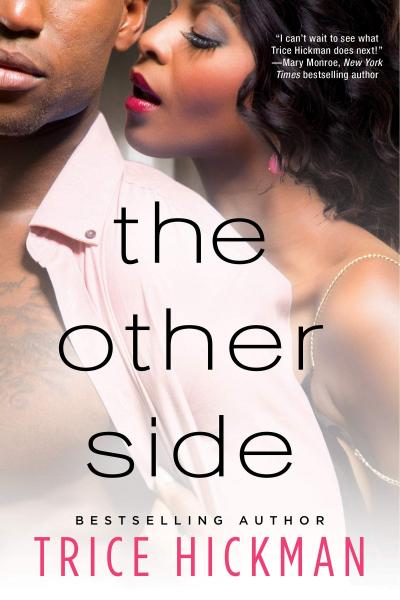 Trice Hickman is the award-winning, bestselling author of many novels, including her newest, The Other Side. Prior to writing, she worked in management positions for both corporate and nonprofit organizations. She holds a bachelor of arts degree from Winston-Salem State University and a master of arts degree from Wake Forest University. 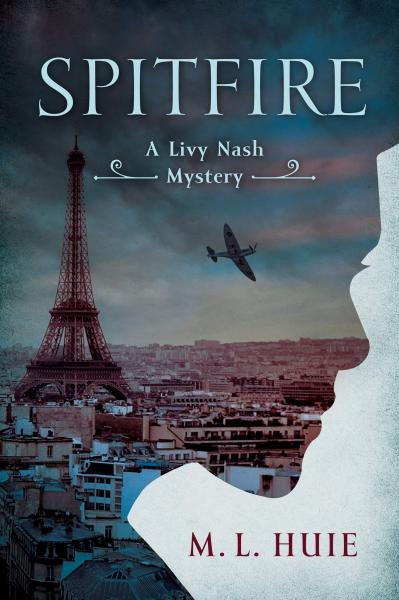 M. L. Huie is a writer, teacher, actor, and native of Winston-Salem. In addition to working ten years as a features writer he has written several plays that have been performed throughout the US and in the UK. Like Livy Nash he loves the northwest of England and has a Yank's appreciation for a good Lancashire Hot Pot. His debut novel, Spitfire (CLICK HERE TO PRE-ORDER YOUR COPY), is a page-turning historical mystery that asks the question: how far would you go for vengeance? 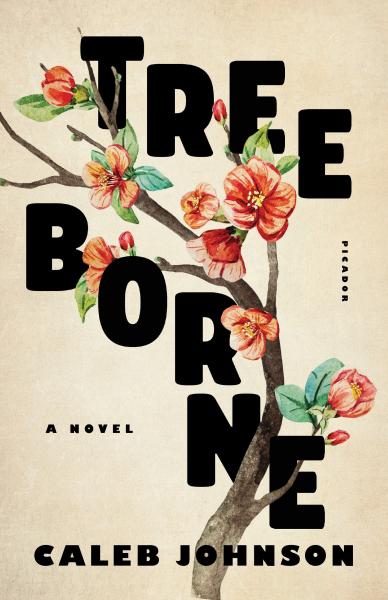 Caleb Johnson studied journalism at The University of Alabama and earned an M.F.A. in creative writing from the University of Wyoming. His work can be found in Southern Living, The Paris Review Daily, The Bitter Southerner, and others, and currently, he teaches creative writing at Appalachian State University. His debut novel, Treeborne, was an honorable mention for the 2019 Southern Book Prize and is a celebration and reminder of how the past gets mixed up in thoughts of the future; of how home is a story as much as a place. 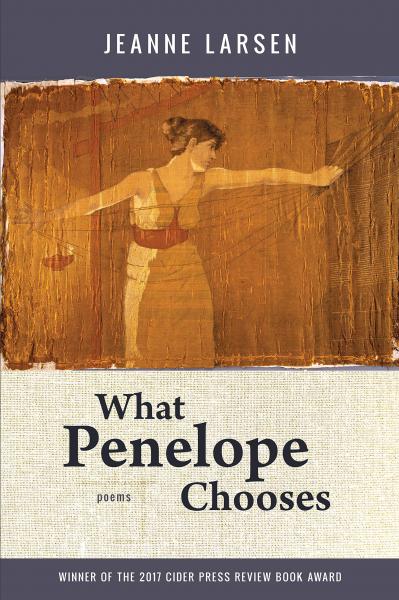 Jeanne Larsen’s third book of poetry, What Penelope Chooses, is the winner of the Cider Press Review Book Award. Her two earlier books of poems are Why We Make Gardens and James Cook in Search of Terra Incognita, the AWP Award Series winner. She has also published two collections of translated poems by medieval Chinese women and four novels.

Ashley Lumpkin is a Georgia-raised, Carolina-based writer, editor, actor, and educator. She is the author of four poetry collections, {} At First Sight, Second Glance, Terrorism and Other Topics for Tea, and #AshleyLumpkin. Her book, I Hate You All Equally, is a collection of conversations from her years as a classroom teacher. A lover of performance as well as the written word, she has been a competing member of the Bull City Slam Team since 2015. She co-curates the Greensboro Bound series "First Draft," a reading of new works and works in progress..

Mesha Maren's short stories and essays have appeared in numerous publications. She is the recipient of the 2015 Thomas Wolfe Fiction Prize and several fellowships. Her debut novel, Sugar Run, is about Jodi McCarty, a seventeen-year-old sentenced to life in prison for manslaughter. 18 years later she finds herself reeling from the shock of unexpected freedom and not yet able to return to her lost home in the Appalachian mountains. As she travels toward unexpected love, a new home, and fresh start, Maren paints a vivid picture of America’s modern wastelands and those for whom rehabilitation and recuperation are not given freely. 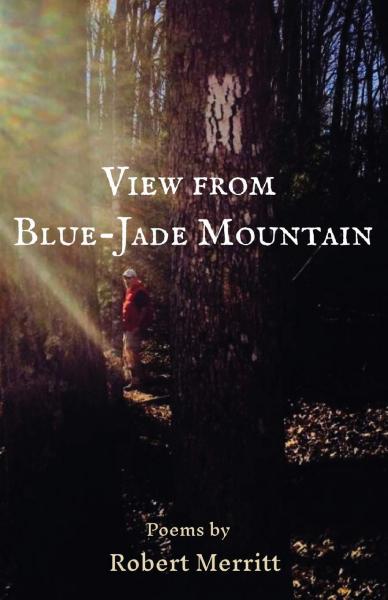 Robert Merritt is a Professor of English at Bluefield College in Virginia who offers workshops on the healing power of expressive writing. He has taught poetry in China and currently, he is writing about personal mythologies, the geographical imagination, and connections between Chinese and Appalachian poets. His newest poetry collection is View from Blue-Jade Mountain. 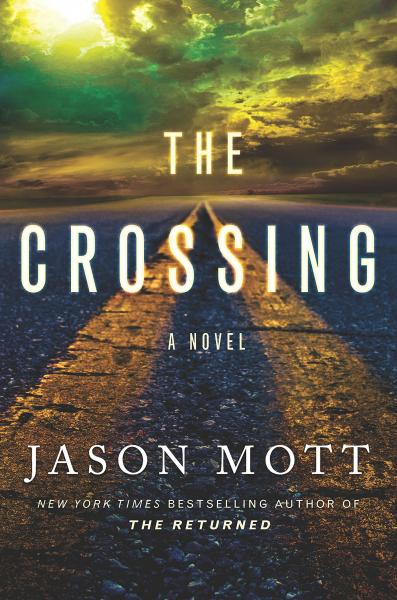 Jason Mott holds a BA in fiction and an MFA in poetry and is the author of The Returned and The Wonder of All Things. His latest novel, The Crossing, is about twins Virginia and Tommy who have been on their own since they were orphaned at the age of five. Twelve years later, the world begins to collapse around them as a deadly contagion steadily wipes out entire populations and a devastating world war rages on. When Tommy is drafted for the war, the twins are faced with a choice: accept their fate of almost certain death or dodge the draft. 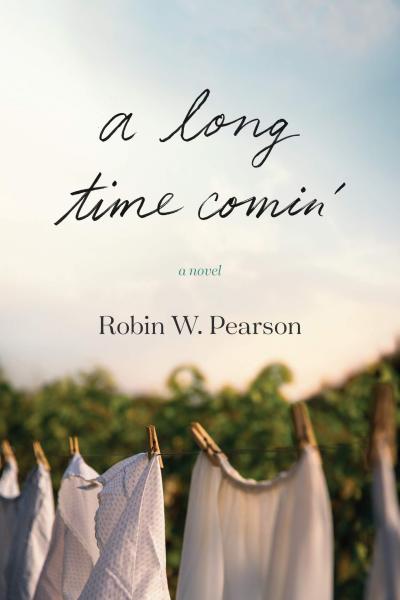 Robin W. Pearson’s writing sprouts from her Southern roots and her love of her husband and seven children. Both lend authenticity to her debut novel, A Long Time Comin’ (CLICK HERE TO PRE-ORDER YOUR COPY). After graduating from Wake Forest University, she has corrected grammar up and down the East coast in her career as an editor and writer that started with Houghton Mifflin Company 25 years ago. Since then she has freelanced with magazines, parenting journals, textbooks, and homeschooling resources. Follow her on her blog, “Mommy, Concentrated,” where she shares her adventures in faith, family, and freelancing.

Adam O'Fallon Price received his MFA at Cornell University. His work has been published in The Paris Review, Vice, The Iowa Review, Glimmer Train, and elsewhere. The Hotel Neversink is centered around the magnificent hotel in the Catskills. Told by an unforgettable chorus: a matriarch, a hotel maid, a traveling comedian, the hotel detective, and many others, this is the gripping portrait of a Jewish family over the course of a century. With an unerring eye and with prose both comic and tragic, Price details one man's struggle for greatness, no matter the cost, and a long-held family secret that threatens to undo it all. 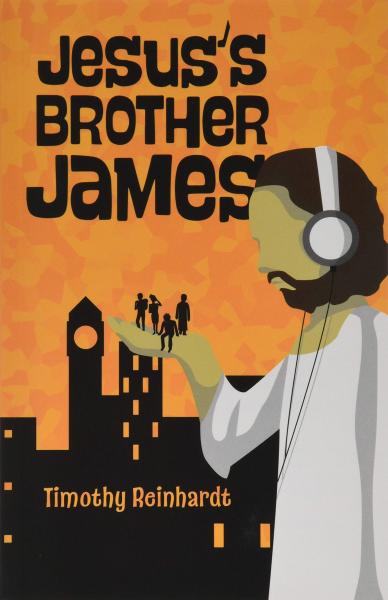 Tim Reinhardt is the writer of the film Crackers, as well as the author of Afaq: I'm Trapped in India. Jesus's Brother James is his second novel about four people who fate seems to be pulling together in a hilarious struggle to find meaning in a chaotic world. 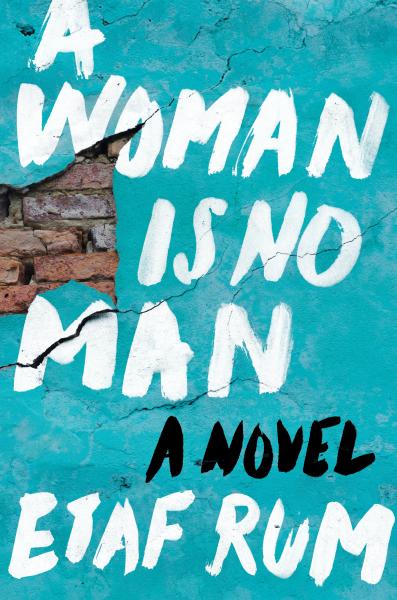 Etaf Rum was born and raised in Brooklyn, New York, by Palestinian immigrants. She teaches college English literature in North Carolina, and runs the Instagram account @booksandbeans. Her debut novel, A Woman is No Man, was a New York Times bestseller and a Read With Jenna Today Show Book Club Pick. Set in an America at once foreign to many and staggeringly close at hand, A Woman Is No Man is a story of culture and honor, secrets and betrayals, love and violence. It is an intimate glimpse into a controlling and closed cultural world, and a universal tale about family and the ways silence and shame can destroy those we have sworn to protect. 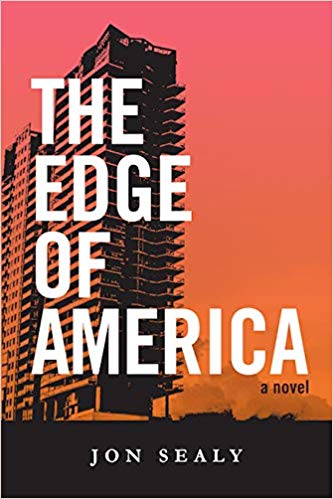 Jon Sealy is the author of The Whiskey Baron and his newest novel, The Edge of America. Bobby West is on the edge. As chief financial officer for a Miami holding company and a CIA front, he has overleveraged his business in the go-go 1980s financial culture. He turns to a deal-with-the-devil money laundering operation with a local gangster, Alexander French-a deal which quickly goes south when $3 million goes missing. Now Mr. French, a group of Cuban exiles, and an Israeli smuggler named Adriana Chekhov are all after Bobby West to pay up. With echoes of Iran-Contra and the Orwellian surveillance state, The Edge of America is a stunning thriller about greed, power, and the limits of the American dream. 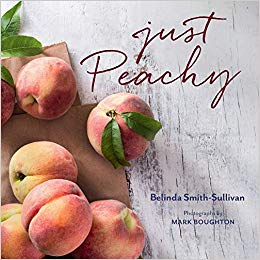 Belinda Smith-Sullivan is a chef, food writer, spice blends entrepreneur, and a commercially-rated pilot. She has a culinary arts degree from Johnson & Wales University and writes a monthly column for both South Carolina Living and Bella Magazine. She lives in the heart of peach country in South Carolina and her new cookbook, Just Peachy, includes 70 recipes for breads, breakfasts, appetizers, soups and salads, entrees, desserts, peach pies, sauces, preserves and condiments, and drinks in a beautifully photographed format. 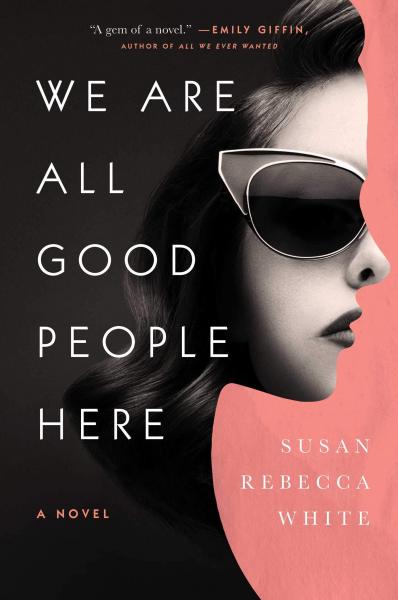 Susan Rebecca White is the author of four critically acclaimed novels: Bound South, A Soft Place to Land, A Place at the Table, and, most recently, We Are All Good People Here. A graduate of Brown University and the MFA program at Hollins University, White has taught creative writing at Hollins, Emory, SCAD, and Mercer University, where she was the Ferrol A. Sams, Jr. Distinguished Chair of English Writer-in-Residence. We Are All Good People Here is an intense, complex, and wholly immersive multigenerational novel that explores the complex relationship between two very different women and the secrets they bequeath to their daughters. 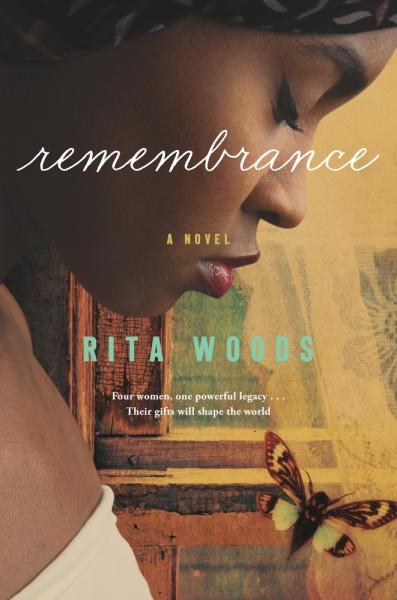 Rita Woods is a family doctor and the director of a wellness center. Her debut novel, Remembrance (CLICK HERE TO PRE-ORDER YOUR COPY), is a breakout historical debut with modern resonance. Three women’s lives intersect in unpredictable ways from an elderly woman in present day Ohio, to a slave in Haiti on the brink of revolution in 1791, to a house girl Margot in 1857 New Orleans.