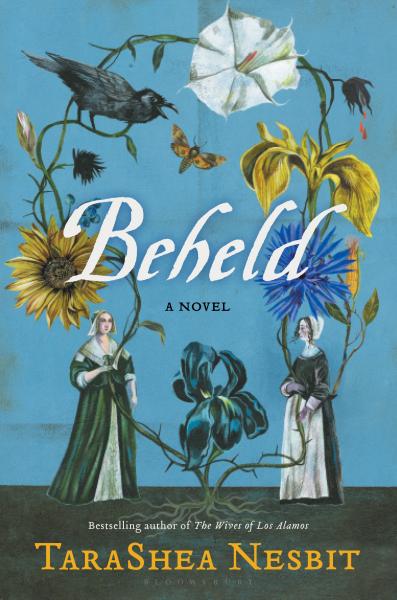 Join us for a discussion about historical fiction! Floor Manager, Kate, will be in conversation with TaraShea about her new book, Beheld, and about the genre.

This is a pay-what-you-can event. Karl the Kraken knows we are facing tough times right now. So if you are able to purchase a copy of one of the authors' books below, that would be great! But if you are not in a position to do so at the moment, feel free to pay what you can below.

From the bestselling author of The Wives of Los Alamos comes the riveting story of a stranger's arrival in the fledgling colony of Plymouth, Massachusetts-and a crime that shakes the divided community to its core.

Ten years after the Mayflower pilgrims arrived on rocky, unfamiliar soil, Plymouth is not the land its residents had imagined. Seemingly established on a dream of religious freedom, in reality the town is led by fervent puritans who prohibit the residents from living, trading, and worshipping as they choose. By the time an unfamiliar ship, bearing new colonists, appears on the horizon one summer morning, Anglican outsiders have had enough.

With gripping, immersive details and exquisite prose, TaraShea Nesbit reframes the story of the pilgrims in the previously unheard voices of two women of very different status and means. She evokes a vivid, ominous Plymouth, populated by famous and unknown characters alike, each with conflicting desires and questionable behavior.

Suspenseful and beautifully wrought, Beheld is about a murder and a trial, and the motivations-personal and political-that cause people to act in unsavory ways. It is also an intimate portrait of love, motherhood, and friendship that asks: Whose stories get told over time, who gets believed-and subsequently, who gets punished?

TaraShea Nesbit is the author of The Wives of Los Alamos, which was a national bestseller, a finalist for the PEN/Bingham Prize, and a New York Times Editors' Choice, among other accolades. Her writing has been featured in Granta, Ninth Letter, The Guardian, Fourth Genre, Salon, Quarterly West, and elsewhere. She holds a PhD in literature and creative writing from the University of Denver. An assistant professor and Altman Scholar at Miami University, she lives in Oxford, Ohio with her family.

From the bestselling author of The Wives of Los Alamos comes the riveting story of a stranger's arrival in the fledgling colony of Plymouth, Massachusetts-and a crime that shakes the divided community to its core.