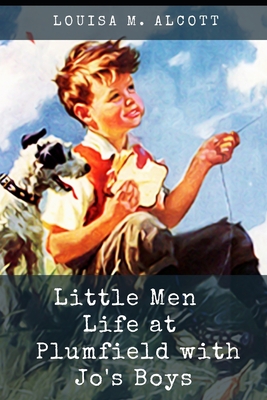 Little Men, or Life at Plumfield with Jo's Boys, is a children's novel by American author Louisa May Alcott (1832-1888), which was first published in 1871 by Roberts Brothers. The book reprises characters from her 1868-69 two-volume novel Little Women and acts as a sequel, or as the second book in an unofficial Little Women trilogy. The trilogy ends with Alcott's 1886 novel Jo's Boys, and How They Turned Out: A Sequel to Little Men. Alcott's story recounts the life of Josephine or called Jo Bhaer, her husband, and the various children at Plumfield Estate School. Alcott's classic novel has been adapted to a 1934 film, a 1940 film, a 1998 film, a television series, and a Japanese animated television series.