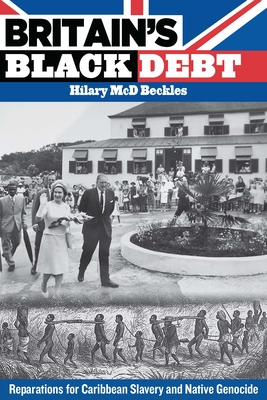 Since the mid-nineteenth-century abolition of slavery, the call for reparations for the crime of African enslavement and native genocide has been growing. In the Caribbean, grassroots and official voices now constitute a regional reparations movement. While it remains a fractured, contentious and divisive call, it generates considerable public interest, especially within sections of the community that are concerned with issues of social justice, equity, civil and human rights, education, and cultural identity. The reparations discourse has been shaped by the voices from these fields as they seek to build a future upon the settlement of historical crimes.

This is the first scholarly work that looks comprehensively at the reparations discussion in the Caribbean. Written by a leading economic historian of the region, a seasoned activist in the wider movement for social justice and advocacy of historical truth, Britain's Black Debt looks at the origins and development of reparations as a regional and international process. Weaving detailed historical data on Caribbean slavery and the transatlantic slave trade together with legal principles and the politics of postcolonialism, Beckles sets out a solid academic analysis of the evidence. He concludes that Britain has a case of reparations to answer which the Caribbean should litigate.

International law provides that chattel slavery as practised by Britain was a crime against humanity. Slavery was invested in by the royal family, the government, the established church, most elite families, and large public institutions in the private and public sector. Citing the legal principles of unjust and criminal enrichment, the author presents a compelling argument for Britain's payment of its black debt, a debt that it continues to deny in the face of overwhelming evidence to the contrary.

It is at once an exciting narration of Britain's dominance of the slave markets that enriched the economy and a seminal conceptual journey into the hidden politics and public posturing of leaders on both sides of the Atlantic. No work of this kind has ever been attempted. No author has had the diversity of historical research skills, national and international political involvement, and personal engagement as an activist to present such a complex yet accessible work of scholarship.