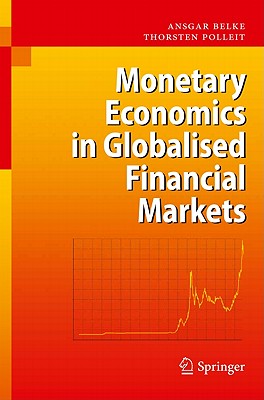 An old song has it that money makes the world go round. Indeed, money, the universallyacceptedmeansofexchange, playsapivotalrolein turningthe wheelsof an increasinglyglobalizedworldeconomy, characterisedby increasingcross-border trade in goods and services and nancial transactions. Given the undeniable imp- tance of money for domestic and international economic dispositions, we therefore do not heed the old saying The best advice aboutmoney is not to talk aboutit in this book. On the contrary, we will talk about money quite extensively. At the time of writing, the global monetary architecture experiences an unpre- dented credit market turmoil, which started in the US subprime mortgage market in July/August 2007 and spread to virtually all major nancial markets. The ultimate consequencesofthis nancialearthquakeare hardto predictin termsof theirimpact on the global economy and its monetary order in the years to come. Nevertheless, throughoutour book the reader will nd plenty of analyses of the factors and events which may have sown the seeds of the current crisis. With this book we want to provide students with an integrated overview about themajor buildingblocksof monetaryeconomics- that are monetarytheory, capital market theory and monetary policy theory. In doing so, we will draw heavily on the work of many leading scholars. On top of that, we will provide numerous graphs and econometric examples, which may help illustrating, and thereby improving the understanding of, the theoretical issues under review.

Ansgar Belke, 1965, is Full Professor of Macroeconomics at the University of Duisburg-Essen (Campus Essen) since April 2007. Until March 2007, he was Full Professor of International Economics at the University of Hohenheim, Germany since August 2001, and Full Professor at the University of Vienna from 2000 to 2001. He is a member of the Monetary Experts Panel of the European Parliament, serves as editor-in-chief of Kredit & Kapital and as co-editor of a couple of other journals. He published widely in international refereed journals. Thorsten Polleit, 1967, is Honorary Professor for economics at Frankfurt School of Finance & Management, Germany. He is a member of the Friedrich August von Hayek Society and an Adjunct Scholar of the Ludwig von Mises Institute, Auburn, US Alabama. His research interests are monetary economics, capital market theory, and the Austrian School of Economics.