Sartre in Cuba-Cuba in Sartre (Hardcover) 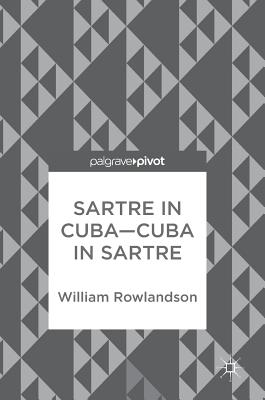 'You have no right to ignore the Cuban Revolution.'.- Hurricane over Sugar.- 'We are living in the fashionable district.'.- 'mon pauvre ami, in Latin America they have revolutions every year: it's their way of voting.'.- 'No sugar, no island.'.- 'Castro is not an easy man to wrap up.'.- 'Revolution is strong medicine.'.- 'The contrecoup of the Agrarian Reform was the revolt of Matos and his garrison.'.- 'Guevara was the most cultivated and, after Castro, one of the most lucid minds of the revolution.'.- 'Literature is a fight, a position.'.- Palabras a los intelectuales.- 'Sartre preaches revolution'.- 'You don't arrest and jail those who disagree with you.'.- 'Sartre's self-imposed role was not simply to announce his stand but to reveal Cuba.'.- 'Sartre very soon condemned the worst aspects of Castrism. The Cuban fiesta was over, his eyes were rapidly opened.'.- 'Man is capable of changing the conditions of his life. But he cannot change whatever he wishes and however he wishes; indeed, only by changing himself can he change objective needs.'