Mass Challenge: The Socioeconomic Impact of Migration to a Scandinavian Welfare State (Paperback) 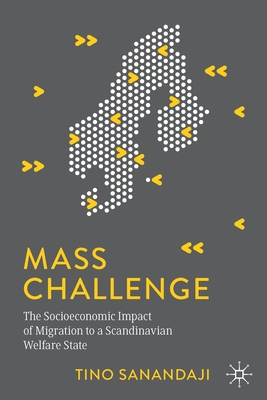 By Tino Sanandaji
$34.99
Order Processes in 1-5 Days Depending on Store Stock

This book is a translated, updated, and expanded version of the successful Swedish original entitled Massutmaning (2017).

This book is translated by Jonas Vesterberg and edited by Pontus Tholin.

Tino Sanandaji is Researcher at the Institute for Economic and Business History Research (EHFF) at the Stockholm School of Economics, Sweden. He has a Kurdish background and moved from Iran to Sweden in 1989. He received his PhD from the University of Chicago in 2011. Sanandaji has authored numerous articles and books, as well as several state reports.