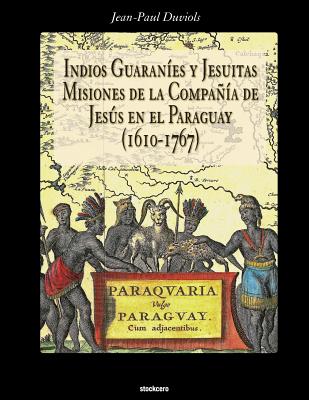 This book is focused on the human relations between the different Guarani groups that the Jesuit Missionaries had gathered in the «converse native villages , also known as «reducciones .

It is based on the testimonies of various Missionaries, with references to their letters and texts written in the peace of their European retirement after the expulsion in 1767.

In these gathered documents it is possible to recognize the goodwill of the evangelists, as well as the cultural differences that often imposed an unsurmountable gap.

Undoubtedly the Jesuits pusued the natives' happiness, their «salvation from their point of view, and the means they employed stemmed directly from their social utopia: to establish «God's City on Earth.

The controversies arisen by this unique one and a half century experience, contrast the enthusiasm and calling of the first christians with the accusations that it was indeed a veiled new form of commercial exploit and even enslavery.

There is a great number of works that analyze the «Misiones political and economical system, so in this book we have placed the focus in a different aspect of this unique experience, more related to the historical ethnology and the issue of «otherness , giving a special attention to the iconography and its documentary value.