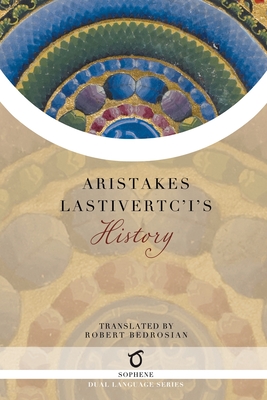 Aristakes Lastiverts'i was an eleventh century Armenian cleric and historian. His History was written between 1072 and 1079, and describes the events of 1000-1071, including information about Byzantine-Armenian relations, the Seljuk invasions, and the Tondrakian movement in the Armenian Church. The work opens with a poetic summary of the disasters befalling the Armenian people in the eleventh century. Subsequent chapters describe Byzantine attempts to subjugate the Armeno-Georgian district of Tayk' (1000 to 1022); conflicts and cooperation among Armenian and Georgian princes; and the Seljuk invasions from 1047 to the capture of the city of Ani (1064) and the Battle of Manzikert (1071).

This edition was translated into English by Robert Bedrosian.