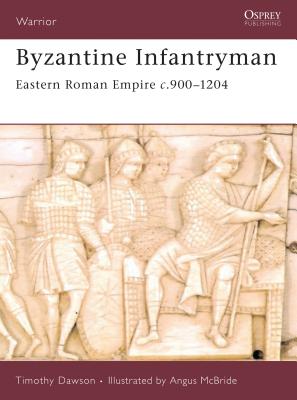 This book, written by Timothy Dawson, an expert in the training and techniques of the Byzantine Army, details the everyday experience of the infantryman from his recruitment, through his twice-a-day training regime, to his encounters with his enemies.

Dr Timothy Dawson gained his PhD in Classics (Byzantine Studies) in 2003. He has lectured and written extensively on Byzantine, Greek and Roman armies. He is editor of Medieval History Magazine and a keen reenactor. Timothy operated Australia's first historical European combat school, Amyna (Greek for 'defence'), near Sydney from 1984-87. Since then he has gone on to be internationally recognized as an expert on certain forms of arms and armor. The author lives in Yorkshire, UK.