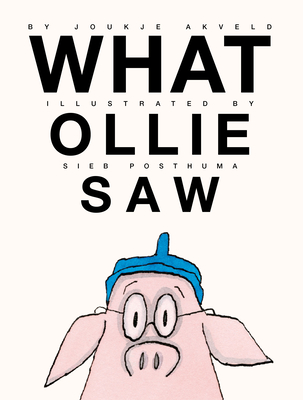 Ollie knows he doesn't need glasses, because he likes the world better the way he sees it. But will his parents and bossy sister see things his way?

Joukje Akveld studied Dutch and has worked for various publishing houses. As a journalist, she writes about children's books and theatre for newspapers and magazines, while also writing her own books.

Sieb Posthuma was an award-winning Dutch illustrator whose books have been published around the world. His work has been adapted into television shows, theater, opera, and shown in numerous expositions.

Bill Nagelkerke is a prolific children's writer, translator, and former librarian. His stories, poems and plays have appeared in many New Zealand anthologies. In 2013 Nagelkerke was awarded the Storylines Margaret Mahy Medal and Lecture Award in recognition of his dedicated contribution to children's literature and literacy in New Zealand.