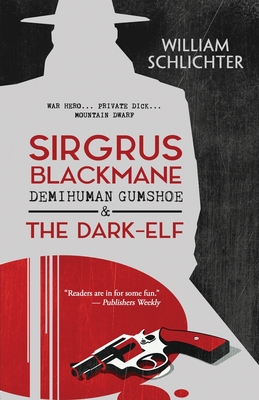 Not the usual drink of choice for a mountain dwarf. Then again, Detective Sirgrus Blackmane is no ordinary dwarf-at least not since the Great War. Being a gumshoe during Prohibition might appear glamorous, with secret speakeasies, all-night cocktail parties, and scantily clad women displaying their knees, but crime and conspiracy lurk beneath the city's shining illusion.

When the human half of the Mason and Blackmane Detective Agency is found dead at the scene of a rum-running bust, Sirgrus vows to find the killer. But this quest for justice leads him straight into a tangled web of underhanded deals with demihuman mobsters who are fighting for control of the rum supply.

And when two more corpses turn up, Sirgrus must work double-time if he wants to find the killer-and avoid turning up dead at the next crime scene.