The Atlas of Reds and Blues (Paperback) 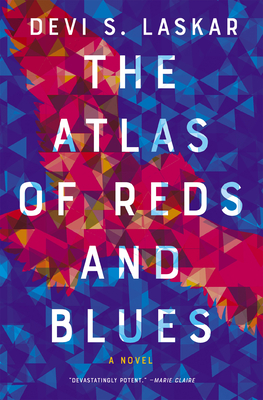 By Devi S. Laskar
$16.95
Order Processes in 1-5 Days Depending on Store Stock

Named a Washington Post Best Book of the Year

"The entire novel takes place over the course of a single morning... and the effect is devastatingly potent." --Marie Claire

When a woman--known only as Mother--moves her family from Atlanta to its wealthy suburbs, she discovers that neither the times nor the people have changed since her childhood in a small Southern town. Despite the intervening decades, Mother is met with the same questions: Where are you from? No, where are you really from? The American-born daughter of Bengali immigrants, she finds that her answer--Here--is never enough. Mother's simmering anger breaks through one morning, when, during a police raid on her home, she finally refuses to be complacent--and suffers all-too-familiar consequences.

"Devi S. Laskar's The Atlas of Reds and Blues is as narratively beautiful as it is brutal... I've never read a novel that does nearly as much in so few pages." --Kiese Laymon, author of Heavy

DEVI S. LASKAR is a native of Chapel Hill, North Carolina, and holds an MFA from Columbia University. The Atlas of Reds and Blues--winner of the 2020 Crook's Corner Book Prize--is her first novel. She lives in the San Francisco Bay Area. Find out more at devilaskar.com.