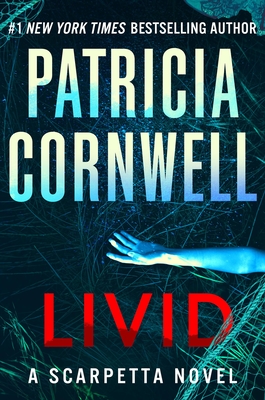 This is book number 26 in the Kay Scarpetta series.

In this thrilling installment of the #1 bestselling series, chief medical examiner Dr. Kay Scarpetta finds herself a reluctant star witness in a sensational televised murder trial causing chaos in Old Town Alexandria with the threat of violent protests.

Chief medical examiner Kay Scarpetta is the reluctant star witness in a sensational murder trial when she receives shocking news. The judge’s sister has been found dead. At first glance, it appears to be a home invasion, but then why was nothing stolen, and why is the garden strewn with dead plants and insects?

Although there is no apparent cause of death, Scarpetta recognizes telltale signs of the unthinkable, and she knows the worst is yet to come. The forensic pathologist finds herself pitted against a powerful force that returns her to the past, and her time to catch the killer is running out . . .

In 1990, Patricia Cornwell sold her first novel, Postmortem, while working at the Office of the Chief Medical Examiner in Richmond, Virginia. An auspicious debut, it went on to win the Edgar, Creasey, Anthony, and Macavity Awards, as well as the French Prix du Roman d’Aventures—the first book ever to claim all these distinctions in a single year. Growing into an international phenomenon, the Scarpetta series won Cornwell the Sherlock Award for best detective created by an American author, the Gold Dagger Award, the RBA Thriller Award, and the Medal of Chevalier of the Order of Arts and Letters for her contributions to literary and artistic development. Today, Cornwell’s novels and iconic characters are known around the world. Beyond the Scarpetta series, Cornwell has written the definitive nonfiction account of Jack the Ripper’s identity, cookbooks, a children’s book, a biography of Ruth Graham, and three other fictional series based on the characters Win Garano, Andy Brazil, and Captain Callie Chase. In recent years, Cornwell has been researching space-age technologies at NASA facilities, the U.S. Space Force, and Secret Service. She’s visited Scotland Yard and Interpol, always keeping up with what’s current. Cornwell was born in Miami. She grew up in Montreat, North Carolina, and now lives and works in Boston.

"The most personal title in the series yet, a terrific crime-thriller that doubles as a deep dive into a hero that we're still learning about."—Providence Journal

"Goes well beyond our protagonist’s usual forensic science and shows just how versatile she can be."—BookReporter.com

"Once again, Patricia Cornwell offers a glimpse into a nightmarish future that is already here, reminding us that our deepest fears have likely become reality. Fortunately, the guardians of good—of which Kay Scarpetta is a longstanding example—remain steadfast in their opposition, seeking justice and truth to quell the uncertainties that haunt us."—CriminalElement.com

“Scarpetta is brilliant, compassionate and humble, excelling in her profession and in diplomacy."—Library Journal, Starred Review for Autopsy

“Everyone knows Scarpetta; she has the wit, intelligence, and strength that any forensic sleuth should own. This never-stop action plot is yet another gift to readers from Patricia Cornwell-a literary artist that is never going to stop writing some of the best and most memorable thrillers out there.”—Suspense Magazine, Praise for Flesh and Blood

"Cornwell’s demonic plot shifts and changes almost page by page, so the reader’s spun round not knowing what to believe.”—Providence Journal, Praise for Depraved Heart

"Solid . . .  fans will be satisfied."—Publishers Weekly

"As usual, the dead are just more interesting than the living. Something to look forward to."—Kirkus

"Cornwell once again seems fully in sync with the character she created more than 30 years ago, and the story is guaranteed to keep the reader guessing."—Booklist

"Another great thriller featuring Kay Scarpetta . . . readers of the series will be happy with this one."