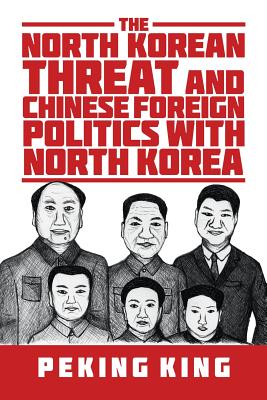 The American culture is largely an extension of the old-time European culture whereas the Eastern Asian culture is mostly an extension of the ancient Chinese culture. Is it any wonder, then, that people living on different sides of the world don't understand each other and sometimes see one other as enemies? Peking King, a native of Hong Kong and a naturalized U.S. citizen who has traveled frequently to China, examines China's role in the Cold War, the Vietnam War, and its current relationship with North and South Korea in this political analysis and treatise. He explains that North Korea is an absolute monarchy government and that Kim Jong-un doesn't want to unify with South Korea or denuclearize his country. He also argues that both the Chinese and North Korean governments do not want a war against America. Get updated knowledge about Chinese foreign politics toward North Korea, South Korea, Japan, Taiwan, and America-and glean insights that foreign powers would prefer the world not know in this book.

Peking King is a naturalized U.S. citizen born in Hong Kong. He has been living in America since 1983. As a frequent visitor of mainland China during the Cold War era, he has acquired heightened insight into China and U.S. relations. He loves America and hopes that America and China will develop a deeper understanding of each other and enjoy lasting peace. Kind currently lives in Scotch Plains, New Jersey.