Race, Reality, and Realpolitik: U.S.-Haiti Relations in the Lead Up to the 1915 Occupation (Hardcover) 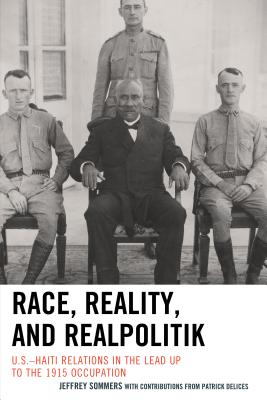 By Jeffrey Sommers, Patrick Delices (Contribution by)
Email or call for price

The year 2015 marked the centennial of the 1915 United States occupation of Haiti and Haiti's resistance to that signal event in its history. This study surveys the issues of economics, race, and realpolitik embedded in the political economy of U.S. interactions with Haiti that resulted in occupation. It then interrogates what constitutes the "state" as it pertains to foreign policy, along with an inspection of who benefits from empire. This approach eschews tired dichotomies of whether or not the United States as a whole materially benefited from empire to instead simply look at who individually gained and what were the capacities of these beneficiaries to craft policy. Next it delivers insights derived from a forensic analysis of Woodrow Wilson's perception of race and his decision to intervene in Haiti. Attitudes enabling United States military leaders to implement a policy of occupation are provided through a study of Admiral William Caperton's role in the intervention. The focus then telescopes out to inspect the role played by the press, especially as booster for commercial opportunities. In short, the project answers the questions of why, who, and how American empire was undertaken through the case study of Haiti and its occupation in 1915.

Jeffrey Sommers is professor of political economy and public policy in African and African Diaspora Studies and Global Studies at the University of Wisconsin-Milwaukee. Patrick Delices holds an MBA from NYU Stern School of Business and an MPA from Columbia University.