Kabbalah and the Founding of America: The Early Influence of Jewish Thought in the New World (Hardcover) 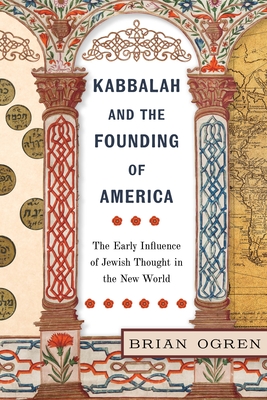 Explores the influence of Kabbalah in shaping America's religious identity

In 1688, a leading Quaker thinker and activist in what is now New Jersey penned a letter to one of his closest disciples concerning Kabbalah, or what he called the mystical theology of the Jews. Around that same time, one of the leading Puritan ministers developed a messianic theology based in part on the mystical conversion of the Jews. This led to the actual conversion of a Jew in Boston a few decades later, an event that directly produced the first kabbalistic book conceived of and published in America. That book was read by an eventual president of Yale College, who went on to engage in a deep study of Kabbalah that would prod him to involve the likes of Benjamin Franklin, and to give a public oration at Yale in 1781 calling for an infusion of Kabbalah and Jewish thought into the Protestant colleges of America. Kabbalah and the Founding of America traces the influence of Kabbalah on early Christian Americans. It offers a new picture of Jewish-Christian intellectual exchange in pre-Revolutionary America, and illuminates how Kabbalah helped to shape early American religious sensibilities. The volume demonstrates that key figures, including the well-known Puritan ministers Cotton Mather and Increase Mather and Yale University President Ezra Stiles, developed theological ideas that were deeply influenced by Kabbalah. Some of them set out to create a more universal Kabbalah, developing their ideas during a crucial time of national myth building, laying down precedents for developing notions of American exceptionalism. This book illustrates how, through fascinating and often surprising events, this unlikely inter-religious influence helped shape the United States and American identity.

Brian Ogren is Anna Smith Fine Associate Professor of Judaic Studies at Rice University. He is the author of The Beginning of the World in Renaissance Jewish Thought (2016) and Renaissance and Rebirth: Reincarnation in Early Modern Italian Kabbalah 2009).