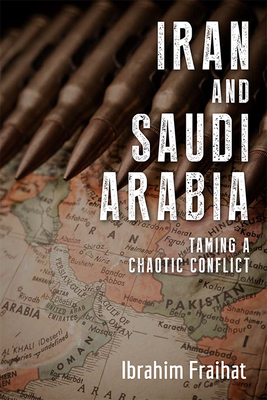 Hostile relations between Iran and Saudi Arabia are a major contributing factor to political instability in the Middle East. This book argues that rapprochement between Tehran and Riyadh is possible and delves into the complexities of managing their long-standing conflict. By interviewing scholars and former policy makers from the Gulf region and abroad, the author draws out the core themes, strategies, and dynamics of the conflict since the American invasion of Iraq in 2003 to form a basis of an agenda for achieving peace. The result is a fresh perspective on a dangerous and unpredictable rift that affects not only its primary parties - Iran and Saudi Arabia - but also the geopolitics, economic stability and civil wars of the wider Middle Eastern region.

Ibrahim Fraihat is an Associate Professor in International Conflict Resolution at the Doha Institute for Graduate Studies. He previously served as senior foreign policy scholar at the Brookings Institution and taught conflict resolution at Georgetown University. He is the author of 'Unfinished Revolutions: Yemen, Libya, and Tunisia after the Arab Spring' (Yale UP, 2016) and co-author of 'Libya's Displacement Crisis: Uprooted by Revolution and Civil War' (Georgetown UP, 2015). His analysis on Middle East politics has also appeared in Foreign Affairs, Foreign Policy, the New York Times, Huffington Post, Newsweek, and Al Jazeera. Graduate of George Mason University in 2006, he is the recipient of the University's Distinguished Alumni Award (2014) for his achievements in the field of conflict resolution in the Middle East. Fraihat is a non-resident fellow at the Middle East Studies Forum at Deakin University in Australia. He consulted for numerous international organization on Middle East affairs like conflict resolution, national reconciliation, national dialogue, mediation, post-conflict reconstruction, and political transitions. @i_fraihat