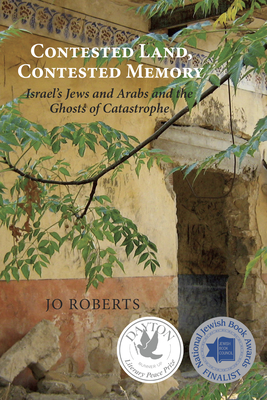 By Jo Roberts
$24.99
Order Processes in 1-5 Days Depending on Store Stock

1948: As Jewish refugees, survivors of the Holocaust, struggle toward the new State of Israel, Arab refugees are fleeing, many under duress. Sixty years later, the memory of trauma has shaped both peoples' collective understanding of who they are.

After a war, the victors write history. How was the story of the exiled Palestinians erased - from textbooks, maps, even the land? How do Jewish and Palestinian Israelis now engage with the histories of the Palestinian Nakba ("Catastrophe") and the Holocaust, and how do these echo through the political and physical landscapes of their country?

Trained in her native England as a lawyer and anthropologist, Jo Roberts is now a freelance writer. For five years she was managing editor of the New York Catholic Worker newspaper, to which she frequently contributed. Her reportage from Israel and from the West Bank has appeared in Embassy, Canada's foreign policy weekly. She lives in Toronto, Canada.