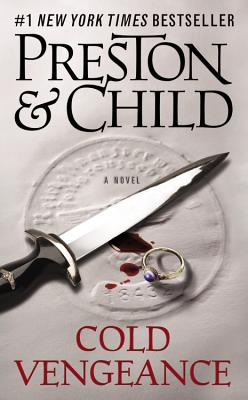 This is book number 11 in the Agent Pendergast Series series.

Twelve years ago, Special Agent Pendergast's beloved wife was murdered during an African safari -- and now, he's on a quest for revenge.
Devastated by the discovery that his wife, Helen, was murdered, Special Agent Pendergast must have retribution. But revenge is not simple. As he stalks his wife's betrayers--a chase that takes him from the wild moors of Scotland to the bustling streets of New York City and the darkest bayous of Louisiana--he is also forced to dig further into Helen's past. And he is stunned to learn that Helen may have been a collaborator in her own murder.

The thrillers of Douglas Preston and Lincoln Child "stand head and shoulders above their rivals" (Publishers Weekly). Preston and Child's Relic and The Cabinet of Curiosities were chosen by readers in a National Public Radio poll as being among the one hundred greatest thrillers ever written, and Relic was made into a number-one box office hit movie. They are coauthors of the famed Pendergast series and their recent novels include Fever Dream, Cold Vengeance, Two Graves, and Gideon's Corpse. In addition to his novels, Preston writes about archaeology for the New Yorker and Smithsonian magazines. Lincoln Child is a former book editor who has published five novels of his own, including the huge bestseller Deep Storm.
Readers can sign up for The Pendergast File, a monthly "strangely entertaining note" from the authors, at their website, www.PrestonChild.com. The authors welcome visitors to their alarmingly active Facebook page, where they post regularly.