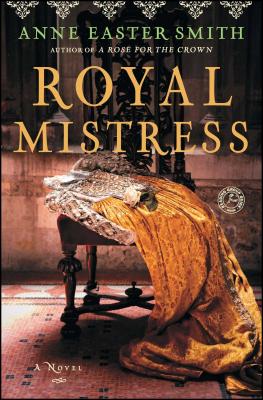 From the author of A Rose for the Crown and Daughter of York comes another engrossing historical novel of the York family in the Wars of the Roses, telling the fascinating story of the rise and fall of the final and favorite mistress of Edward IV.

Jane Lambert, the quick-witted and alluring daughter of a silk merchant, is twenty-two and still unmarried. When Jane’s father finally finds her a match, she’s married off to the dull, older silk merchant William Shore. Marriage doesn’t stop Jane from flirtation, however, and when the king’s chamberlain, Will Hastings, comes to her husband’s shop, Will knows King Edward will find her irresistible.

Edward IV has everything: power, majestic bearing, superior military leadership, a sensual nature, and charisma. And with Jane as his mistress, he also finds true happiness. But when his hedonistic tendencies get in the way of being the strong leader England needs, his life, as well as those of Jane and Will Hastings, hangs in the balance. Jane must rely on her talents to survive as the new monarch, Richard III, bent on reforming his brother’s licentious court, ascends the throne.

This dramatic tale has been an inspiration to poets and playwrights for five hundred years, and, as told through the unique perspective of a woman plucked from obscurity and thrust into a life of notoriety, Royal Mistress is sure to enthrall today’s historical fiction lovers as well.

A native of England, Anne Easter Smith has lived in the United States for more than forty years. She was the features editor at a newspaper in New York State and now lives in Newburyport, Massachusetts, with her husband, Scott. You can visit her website at AnneEasterSmith.com.

"This story of a freewoman makes for a refreshing change, and Easter Smith, who specializes in the mistress subgenre, includes some rich historical text."
— The Washington Post

"Anne Easter Smith is Queen of the 15th-century British scene, the chronicler of the endlessly fascinating and monstrously complex War of the Roses. . . . Meticulously researched and with a real sense of place and time — and pretty steamy."
— Newburyport Current

“A very readable, intriguing look at Jane as both a mistress and an intimate participant in the royal circle.”
— Historical Novel Society

“Anne Easter Smith creates a vivid tapestry of life in the slippery court of Edward IV and illuminates the masterful commoner mistress who survived by her instincts and charm."
— Margaret George, author of Elizabeth I