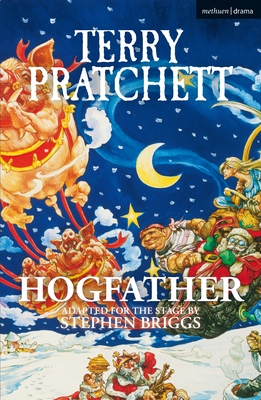 Sir Terry Pratchett was the acclaimed creator of the global bestselling Discworld series, the first of which, The Colour of Magic, was published in 1983. In all, he was the author of 50 bestselling books. His novels have been widely adapted for stage and screen, and he was the winner of multiple prizes, including the Carnegie Medal, as well as being awarded a knighthood for services to literature. Worldwide sales of his books now stand at 70 million, and they have been translated into 37 languages. Sir Terry Pratchett died on 12th March 2015. Stephen Briggs is a British writer of subsidiary works and merchandise surrounding Terry Pratchett's comic fantasy Discworld. He has co-designed many of the Discworld maps and has adapted over 20 Pratchett novels for the amateur stage. In 2004, he received an Audie Award for his audiobook recording of Monstrous Regiment.