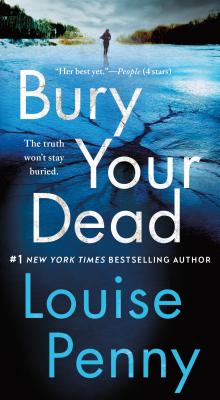 This is book number 6 in the Chief Inspector Gamache Novel series.

“Timing is critical in a mystery. Just how much is revealed and when is what keeps the reader turning pages. Louise Penny nails both in this book, the sixth in the series featuring the Canadian Inspector Gamache. Engaging characters from previous books make their appearances, but it isn't necessary to have read the others to totally enjoy this book. Those who have read the others are eagerly awaiting this book, and those who start with this one will quickly turn to the other titles in the series. Heartily recommended for all lovers of good mysteries.”
— Ann Carlson, Harborwalk Books, Georgetown, SC


Chief Inspector Armand Gamache is on break from duty in Three Pines to attend the famed Winter Carnival up north. He has arrived in this beautiful, freezing city not to join the revels but to recover from an investigation gone hauntingly wrong. Still, violent death is inescapableeven here, in the apparent sanctuary of the Literary and Historical Society, where one obsessive academics quest for answers will lead Gamache down a dark path. . .


Meanwhile, Gamache is receiving disturbing news from his hometown village. Beloved bistro owner Olivier was recently convicted of murder but everyoneincluding Gamachebelieves that he is innocent. Who is behind this sinister plot? Now its up to Gamache to solve this killer case. . .and relive a terrible event from his own past before he can begin to bury his dead.

LOUISE PENNY is the author of the #1 New York Times and Globe and Mail bestselling series of Chief Inspector Armand Gamache novels. She has won numerous awards, including a CWA Dagger and the Agatha Award (seven times), and was a finalist for the Edgar Award for Best Novel. In 2017, she received the Order of Canada for her contributions to Canadian culture. Louise lives in a small village south of Montral.

Additional Praise for Louise Penny and the Armand Gamache Mysteries

Louise Penny is unsurpassed at building a sense of heart-stopping urgency." The Charlotte Observer

Penny, who raises the bar with each entry in this superb series, has always mixed murder and corruption with issues of morality...[S]he does so with her accustomed talent for a gripping plot, rich characterizations, arresting prose and thought-provoking questions of mercy, malice and the contradictions of the human race." Richmond-Times Dispatch

Penny writes with grace and intelligence about complex people struggling with complex emotions. But her great gift is her uncanny ability to describe what might seem indescribable the play of light, the sound of celestial music, a quiet sense of peace. New York Times Book Review