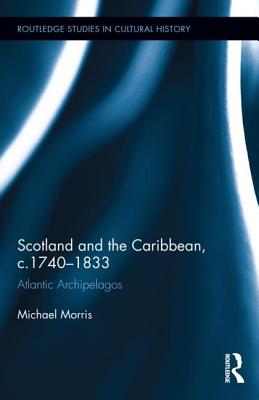 By Michael Morris
Email or call for price

This book participates in the modern recovery of the memory of the long-forgotten relationship between Scotland and the Caribbean. Drawing on theoretical paradigms of world literature and transnationalism, it argues that Caribbean slavery profoundly shaped Scotland's economic, social and cultural development, and draws out the implications for current debates on Scotland's national narratives of identity. Eighteenth- to nineteenth-century Scottish writers are re-examined in this new light. Morris explores the ways that discourses of "improvement" in both Scotland and the Caribbean are mediated by the modes of pastoral and georgic which struggle to explain and contain the labour conditions of agricultural labourers, both free and enslaved. The ambivalent relationship of Scottish writers, including Robert Burns, to questions around abolition allows fresh perspectives on the era. Furthermore, Morris considers the origins of a hybrid Scottish-Creole identity through two nineteenth-century figures - Robert Wedderburn and Mary Seacole. The final chapter moves forward to consider the implications for post-devolution (post-referendum) Scotland. Underpinning this investigation is the conviction that collective memory is a key feature which shapes behaviour and beliefs in the present; the recovery of the memory of slavery is performed here in the interests of social justice in the present.

Michael Morris is a Lecturer in English and Cultural History at Liverpool John Moores University.