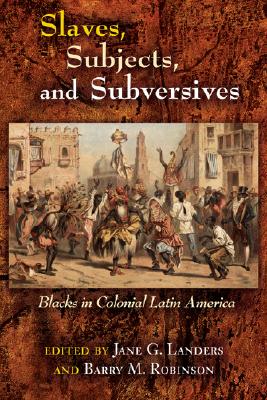 Almost eleven of the twelve million Africans who survived the trauma of enslavement in Africa and the horrors of the Middle Passage, remade their lives in territories claimed by Spain or Portugal. Drawing on a wealth of previously unused sources, the authors show that although plantation slavery was a horrible reality for many Africans and their descendants in Latin America, blacks experienced many other realities in Iberian colonies.

Paul Lovejoy analyzes a treatise by a seventeenth-century Muslim scholar in Morocco and argues it shaped the slave trade to Latin America. John Thornton examines the early and significant adaptations Central Africans made to European material culture and Catholicism, noting how closely Angola resembled Latin America by the mid-seventeenth century.

Lynne Guitar studies the grueling nature of African slavery in the sugar plantations of Hispaniola and the rebellions they triggered--the first in the New World. Jane Landers discusses slave rebellions in seventeenth-century New Spain and the development of maroon communities strong enough to negotiate their freedom. Matthew Restall tracks the life of one eighteenth-century Afro-Yucatecan to demonstrate how enslaved persons experienced competing English and Spanish systems in the circum-Caribbean.

Ren e Soulodre-La France considers how the expulsion of the Jesuit order from Latin America in 1767 transformed slaves' lives and identities in New Granada. Matt Childs investigates the tensions between African-born and creole members of Havana's black brotherhoods in the eighteenth century. Stuart Schwartz probes a Muslim uprising of Hausa dockworkers in nineteenth-century Brazil. Seth Meisel shows how enslaved blacks parlayed their military service against British forces in 1806 into freedom and citizenship in the new republic of Argentina. The appendix includes translated primary documents from each of these essays.