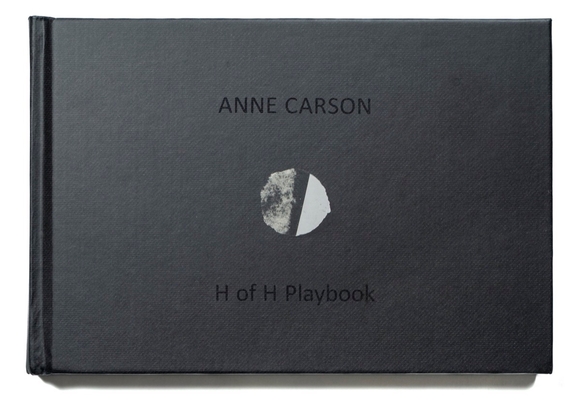 A gorgeous facsimile edition (reminiscent of her classic book-in-a-box, Nox), H of H Playbook is a stunning re-creation of Euripides’s famous play, with illustrations by the author

H of H Playbook is an explosion of thought, in drawings and language, about a Greek tragedy called Herakles by the 5th-century BC poet Euripides. In myth Herakles is an embodiment of manly violence who returns home after years of making war on enemies and monsters (his famous “Labors of Herakles”) to find he cannot adapt himself to a life of peacetime domesticity. He goes berserk and murders his whole family. Suicide is his next idea. Amazingly, this does not happen. Due to the intervention of his friend Theseus, Herakles comes to believe he is not, after all, indelibly stained by his own crimes, nor is his life without value. It remains for the reader to judge this redemptive outcome.

“I think there is no such thing as an innocent landscape,” said Anselm Kiefer, painter of forests grown tall on bones.

Anne Carson was born in Canada and teaches ancient Greek for a living.

An evocative, artful reimagining of the madness of an ancient hero.
— Kirkus

Carson applies the habits of classical scholarship, the linguistic rigour, the relentless search for evidence, the jigsaw approach to scattered facts, to the trivia of contemporary private life.
— Sam Anderson - New York Magazine

She is one of the few writers writing in English that I would read anything she wrote.
— Susan Sontag

Fans of Anne Carson, rejoice! From the iconic poet who penned Autobiography of Red comes a new retelling....Caron’s depth of knowledge about Greek mythology coupled with her poetic sensibility and illustrations is sure to breathe new life into this oft-told story.

A facsimile of Carson’s own personal playbook, “H of H” is a performance of thought, one that speaks not only to the heroic past but to the tragic present.
— Casey Cep - The New Yorker

Carson’s visual sense for the dramatic is put to good use in a play that bends towards irony and philosophical meandering. The muted colors?broken up by the intrusion of bright red or blue?are used effectively throughout, adding emotional overtones to large expanses of silence and negative space, to violence happening offstage.
— Cal Paule - Arkansas International