The Beautiful Days of My Youth: My Nine Months In Auschwitz (Hardcover) 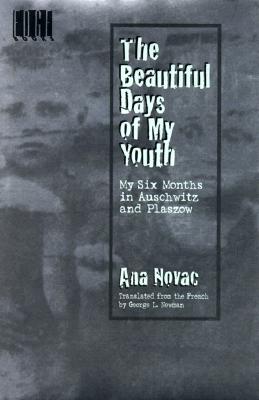 On scraps of paper hidden by friends and strangers until their dying moments, young Ana Novac kept a diary in Auschwitz, a testimony that deserves to become one of the most treasured books of our time.

"This memoir of the Holocaust is remarkable on at least two counts: the high caliber of its prose, and its extraordinary provenance as a document originally drafted in Auschwitz and other concentration camps.... It deserves the attention of any reader who wishes to understand life, death and survival in Hitler’s camps." --Publisher’s Weekly, Boxed, Starred Review