Daughter of York: A Novel (Paperback) 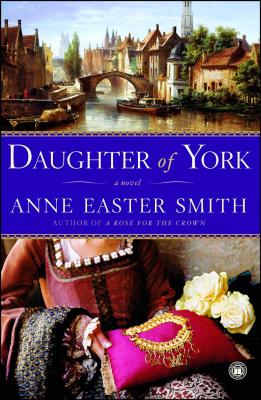 History tells us that the intelligent, wealthy, and powerful Margaret of York had everything any woman could want, except for love. The acclaimed author of A Rose for the Crown takes us between the lines of history and into her heart.

It is 1461: Edward, son of Richard of York, ascends to the throne, and his willful sister, Margaret, immediately becomes a pawn in European politics as Edward negotiates her marriage. The young Margaret falls deeply in love with Anthony Woodville, the married brother of Edward's queen, Elizabeth. But Edward has arranged for his sister to wed Charles, son of the Duke of Burgundy, and soon Margaret is setting sail for her new life. Her official escort: Anthony Woodville.

Margaret of York eventually commanded the respect and admiration of much of Europe, but it appears to history that she had no emotional intimate. Anne Easter Smith's rare gift for storytelling and her extensive research reveal the love that burned at the center of Margaret's life, adding a new dimension to the story of one of the fifteenth century's most powerful women.

A native of England, Anne Easter Smith has lived in the United States for more than forty years. She was the features editor at a newspaper in New York State and now lives in Newburyport, Massachusetts, with her husband, Scott. You can visit her website at AnneEasterSmith.com.

"Enjoyable, beautifully researched -- a vivid portrait of one of history's most enigmatic women." -- Diana Gabaldon, author of Lord John and the Brotherhood of the Blade

"A sweeping, romantic novel.... With consummate skill, Anne Easter Smith has created a delightful heroine, spirited, plucky, and wise. A remarkable achievement." -- Sandra Gulland, author of the Josephine B. Trilogy

"Here is the richly imagined life of Margaret of York -- a woman who dares to dream of love in a world where she is allowed only the role of political pawn." -- Judith Mererkle Rileyey, author of The Water Devil

"Anne Easter Smith knows how to deliver a journey of the heart." -- Sandra Worthrth, author of Lady of the Roses