The Trouble with the Congo: Local Violence and the Failure of International Peacebuilding (Cambridge Studies in International Relations) (Paperback) 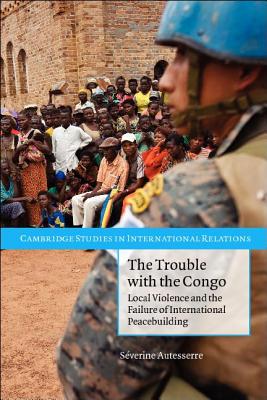 The Trouble with the Congo suggests a new explanation for international peacebuilding failures in civil wars. Drawing from more than 330 interviews and a year and a half of field research, it develops a case study of the international intervention during the Democratic Republic of the Congo's unsuccessful transition from war to peace and democracy (2003-2006). Grassroots rivalries over land, resources, and political power motivated widespread violence. However, a dominant peacebuilding culture shaped the intervention strategy in a way that precluded action on local conflicts, ultimately dooming the international efforts to end the deadliest conflict since World War II. Most international actors interpreted continued fighting as the consequence of national and regional tensions alone. UN staff and diplomats viewed intervention at the macro levels as their only legitimate responsibility. The dominant culture constructed local peacebuilding as such an unimportant, unfamiliar, and unmanageable task that neither shocking events nor resistance from select individuals could convince international actors to reevaluate their understanding of violence and intervention.