The History of White People (Hardcover) 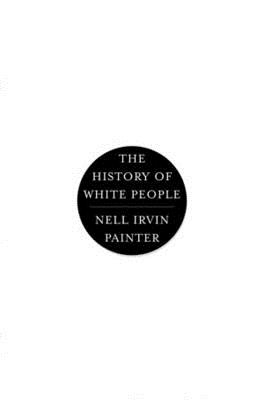 A mind-expanding and myth-destroying exploration of notions of white race—not merely a skin color but also a signal of power, prestige, and beauty to be withheld and granted selectively

Ever since the Enlightenment, race theory and its inevitable partner, racism, have followed a crooked road, constructed by dominant peoples to justify their domination of others. Filling a huge gap in historical literature that long focused on the non-white, eminent historian Nell Irvin Painter guides us through more than two thousand years of Western civilization, tracing not only the invention of the idea of race but also the frequent worship of “whiteness” for economic, social, scientific, and political ends.

Our story begins in Greek and Roman antiquity, where the concept of race did not exist, only geography and the opportunity to conquer and enslave others. Not until the eighteenth century did an obsession with whiteness flourish, with the German invention of the notion of Caucasian beauty. This theory made northern Europeans into “Saxons,” “Anglo-Saxons,” and “Teutons,” envisioned as uniquely handsome natural rulers.

Here was a worldview congenial to northern Europeans bent on empire. There followed an explosion of theories of race, now focusing on racial temperament as well as skin color. Spread by such intellectuals as Madame de Stael and Thomas Carlyle, white race theory soon reached North America with a vengeance. Its chief spokesman, Ralph Waldo Emerson, did the most to label Anglo-Saxons—icons of beauty and virtue—as the only true Americans. It was an ideal that excluded not only blacks but also all ethnic groups not of Protestant, northern European background. The Irish and Native Americans were out and, later, so were the Chinese, Jews, Italians, Slavs, and Greeks—all deemed racially alien. Did immigrations threaten the very existence of America? Americans were assumed to be white, but who among poor immigrants could become truly American? A tortured and convoluted series of scientific explorations developed—theories intended to keep Anglo-Saxons at the top: the ever-popular measurement of skulls, the powerful eugenics movement, and highly biased intelligence tests—all designed to keep working people out and down.

As Painter reveals, power—supported by economics, science, and politics—continued to drive exclusionary notions of whiteness until, deep into the twentieth century, political realities enlarged the category of truly American.

A story filled with towering historical figures, The History of White People forcefully reminds us that the concept of one white race is a recent invention. The meaning, importance, and realty of this all-too-human thesis of race have buckled under the weight of a long and rich unfolding of events.

Nell Irvin Painter is the award-winning author of many books, including Sojourner Truth, Southern History Across the Color Line, Creating Black Americans, The History of White People, and Standing at Armageddon. She is currently the Edwards Professor of American History, Emerita, at Princeton University and lives in Newark, New Jersey, and the Adirondacks.