Hunt for the Jews: Betrayal and Murder in German-Occupied Poland (Hardcover) 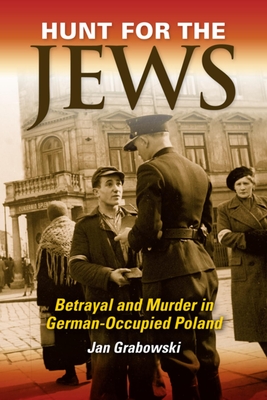 Judenjagd, hunt for the Jews, was the German term for the organized searches for Jews who, having survived ghetto liquidations and deportations to death camps in Poland in 1942, attempted to hide on the Aryan side. Jan Grabowski's penetrating microhistory tells the story of the Judenjagd in Dabrowa Tarnowska, a rural county in southeastern Poland, where the majority of the Jews in hiding perished as a consequence of betrayal by their Polish neighbors. Drawing on materials from Polish, Jewish, and German sources created during and after the war, Grabowski documents the involvement of the local Polish population in the process of detecting and killing the Jews who sought their aid. Through detailed reconstruction of events, this close-up account of the fates of individual Jews casts a bright light on a little-known aspect of the Holocaust in Poland.

Jan Grabowski is Professor of History at the University of Ottawa and a founding member of the Polish Center for Holocaust Research. He is author (with Barbara Engelking) of The Contour of a Landscape: Rural Poland and the Extermination of the Jews, 1942-1945 (in Polish).72