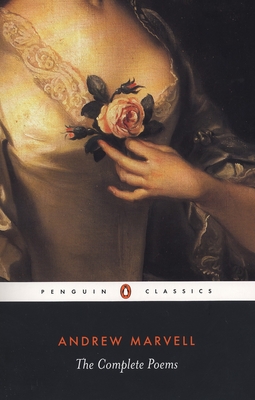 This Penguin Classics edition includes authoritative texts of these poems, based on a detailed study of the extant mansucripts, and a new introduction by leading scholar Jonathan Bate. Also included are a chronology, further reading selections, appendices, notes, and indexes.

Andrew Marvell was born in 1621. The son of a clergyman, he was educated at Hull Grammar School and Trinity College, Cambridge. While at Cambridge, he converted to Catholicism for a brief period and moved to London, where he was found by his father and was persuaded to return to his studies. He left Cambridge in 1641 and spent much of the next ten years travelling abroad. In 1650 he became tutor to Lord Fairfax’s daughter Mary and lived in their house in Nun Appleton, Yorkshire. Most of his lyric poetry is thought to date from this period, including Upon Appleton House.

Marvell was an ardent Republican. He wrote several poems in honour of Cromwell, including An Horatian Ode upon Cromwell’s Return from Ireland (1650) and an elegy on his death. In 1653 he became tutor to William Dutton, Cromwell’s ward. In the same year he was recommended by Milton to be his assistant in the Latin Secretaryship to the Council of State, but was not appointed until four years later. He defended Milton after the Restoration and contributed a poem in praise of him to the second edition of Paradise Lost.

Although he is now most famous for his poetry, very few of his poems were published during his lifetime. He was MP for Hull from 1659 until his death and was renowned for his political pamphlets and satires. His most famous pamphlet, The Rehearsal Transposed, was an attack on Samuel Parker, Archdeacon of Canterbury; it was so controversial that his life was threatened, and when he died suddenly in August 1678 there were rumours that he had been poisoned – these proved to be groundless.

Elizabeth Story Donno edited numerous Elizabethan and Jacobean texts and taught at Columbia, among other places.

Jonathan Bate is King Alfred Professor of English literature and Leverhulme Research Professor at the University of Liverpool.