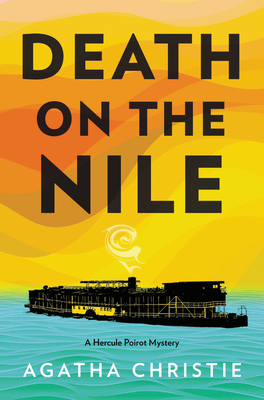 In this special hardcover edition, beloved detective Hercule Poirot embarks on a journey to Egypt in one of Agatha Christie’s most famous mysteries.

“Death on the Nile is perfect.” — The Guardian (UK)

“One of her best. . . . First rate entertainment.” — Kirkus Reviews

“The main alibi is of the first brilliance . . . the descriptive work hits, as it were, the Nile on the head.” — The Observer (UK)

“Must be read twice, once for enjoyment and once to see how the wheels go round.” — The Times (UK)

“Agatha Christie’s indelibly etched characters have entertained millions across the years and a love of her work has brought together generations of readers—a singular achievement for any author and an inspiration to writers across the literary landscape.” — Jacqueline Winspear, New York Times bestselling author of the Maisie Dobbs novels

“Any mystery writer who wants to learn how to plot should spend a few days reading Agatha Christie. She’ll show you everything you want to know.” — Donna Leon, New York Times bestselling author of the Commissario Brunetti novels

“A peach of a case for Poirot. I take my hat off to the author for as ingenious an alibi as can well be imagined.” — Sunday Times (UK)