Murder on the Orient Express: A Hercule Poirot Mystery (Paperback) 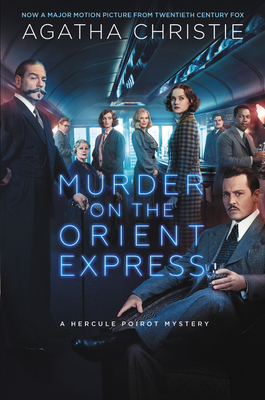 The exclusive authorized edition of the most widely read mystery of all time. Now a major motion picture directed by and starring Kenneth Branagh.

This edition includes a photo insert of images from the film.

“Nothing short of swell. [Christie] is probably the best suspicion scatterer and diverter in the business.” — New York Herald Tribune

“Agatha Christie’s books are both wonderful crime novels and studies in contrast and duality, and I adore them still. Underestimate them at your peril.” — Louise Penny, #1 New York Times-bestselling author of the Inspector Gamache novels

“Agatha Christie taught me many important lessons about the inner workings of the mystery novel before it ever occurred to me that I might one day be writing mysteries myself.” — Sue Grafton, #1 New York Times-bestselling author of the Kinsey Millhone novels

“Any mystery writer who wants to learn how to plot should spend a few days reading Agatha Christie. She’ll show you everything you want to know.” — Donna Leon, New York Times-bestselling author of the Commissario Brunetti novels

“I always wanted to be Agatha Christie when I grew up. I still do.” — J. A. Jance, New York Times-bestselling author of the Joanna Brady and J. P. Beaumont novels

“Agatha Christie’s indelibly etched characters have entertained millions across the years and a love of her work has brough together generations of readers—a singular achievement for any author and an inspiration to writers across the literary landscape.” — Jacqueline Winspear, New York Times-bestselling author of the Maisie Dobbs novels