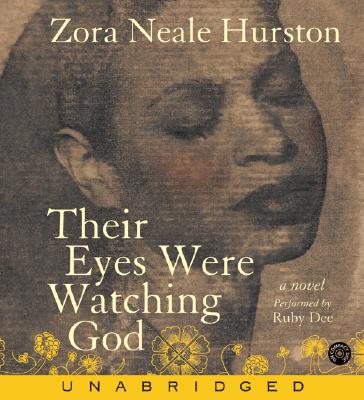 One of the most important and enduring books of the twentieth century, Their Eyes Were Watching God brings to life a Southern love story with the wit and pathos found only in the writing of Zora Neale Hurston. Out of print for almost thirty years—due largely to initial audiences’ rejection of its strong black female protagonist—Hurston’s classic has since its 1978 reissue become perhaps the most widely read and highly acclaimed novel in the canon of African-American literature.

Zora Neale Hurston was a novelist, folklorist, and anthropologist. She wrote four novels (Jonah’s Gourd Vine, 1934; Their Eyes Were Watching God, 1937; Moses, Man of the Mountain, 1939; and Seraph on the Suwanee, 1948); two books of folklore (Mules and Men, 1935, and Tell My Horse, 1938); an autobiography (Dust Tracks on a Road, 1942); an international bestselling nonfiction work (Barracoon: The Story of the Last “Black Cargo,” 2018); and over fifty short stories, essays, and plays. She attended Howard University, Barnard College, and Columbia University and was a graduate of Barnard College in 1928. She was born on January 7, 1891, in Notasulga, Alabama, and grew up in Eatonville, Florida.

Not only is Ruby Dee one of the most respected African-American actors of her day, she was also an important part of the civil rights movement. She is probably best known for her role in A Raisin in the Sun, which she performed on both the stage and the screen.

Born in Cleveland, she worked initially with the American Negro Theater in Harlem, where she grew up. She is married to the actor and author Ossie Davis.