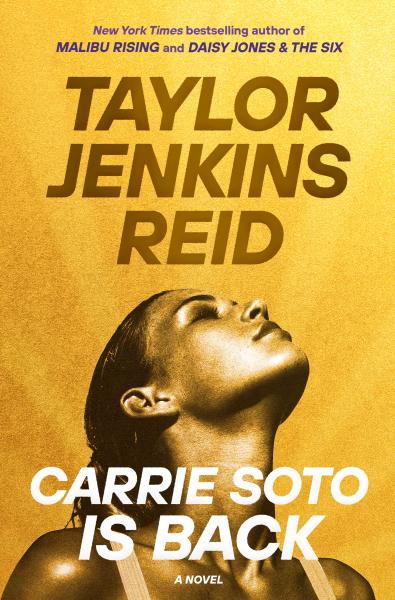 Bookmarks is thrilled to announce Taylor Jenkins Reid will be the keynote opening speaker for the 17th annual Festival of Books & Authors. Reid's previous novels include the New York Times bestselling Malibu Rising, Daisy Jones and the Six, and The Seven Husbands of Evelyn Hugo. Reid's new book, Carrie Soto Is Back, is a powerful story about the cost of greatness as a legendary athlete attempts a comeback when the world considers her past her prime. This is a ticketed event; tickets are $28 plus taxes & fees and include a pre-signed copy of Carrie Soto is Back. Reid will not sign books following the event. This event is sold out. 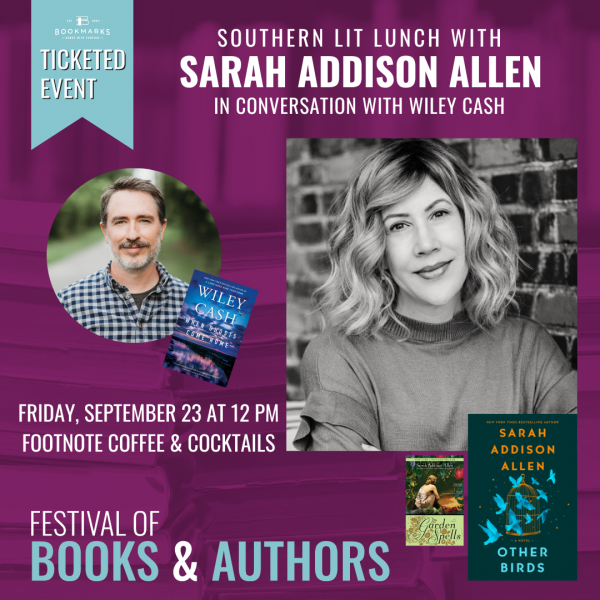 Join Bookmarks and host Wiley Cash for the first annual Southern Lit Lunch. This year's event will feature Sarah Addison Allen in conversation about her new book, Other Birds, an   enchanting tale of lost souls, lonely strangers, secrets that shape us, and how the right flock can guide you home.

Sarah Addison Allen is the New York Times bestselling author of Garden Spells, The Sugar Queen, The Girl Who Chased the Moon, The Peach Keeper, and Lost Lake. She is a native of Asheville, North Carolina. Wiley Cash is a New York Times bestselling North Carolina novelist whose latest book, When Ghosts Come Home, is a tender and haunting story of a father and daughter, of crime and forgiveness, of race and memory.

This is a ticketed event. Ticket options include: a $40 ticket with a signed copy of Other Birds and a boxed lunch from Footnote or a $10 admission only ticket. 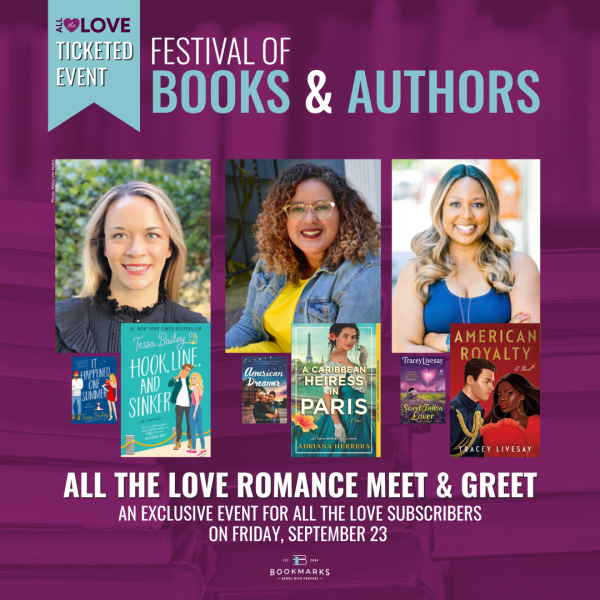 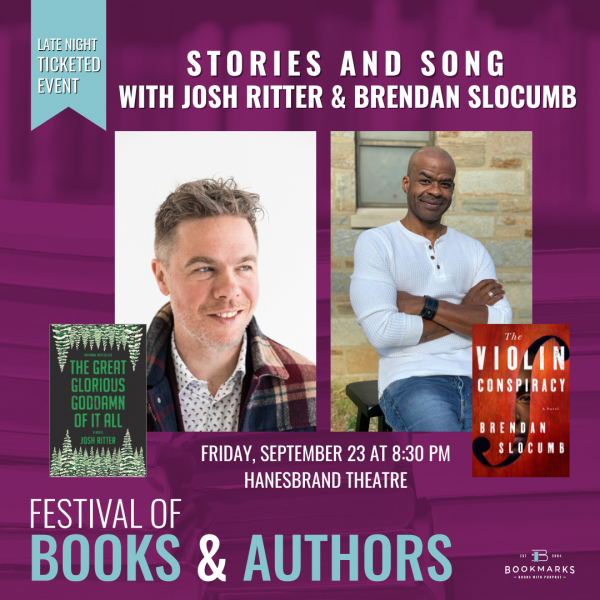 Join Bookmarks for a night of conversation and performance featuring novelists and musicians Josh Ritter and Brendan Slocumb. This is a ticketed event. $25 tickets will include a presigned paperback copy of The Great Glorious Goddamn Of It All with an add-on option for a presigned hardcover copy of The Violin Conspiracy.

Josh Ritter is an American singer, songwriter, musician and author whose albums include The Animal Years and So Runs the World Away. His latest novel,The Great Glorious Goddamn Of It All is a lyrical, sweeping novel about the last days of lumberjacks.

Brendan Slocumb holds a degree in music education from UNCG, has been a public and private school music educator for over 20 years and has performed with orchestras throughout Northern Virginia, Maryland, and Washington, D.C. His debut novel, The Violin Conspiracy, is about a quest to recover an heirloom violin on the eve of the most prestigious musical competition in the world. 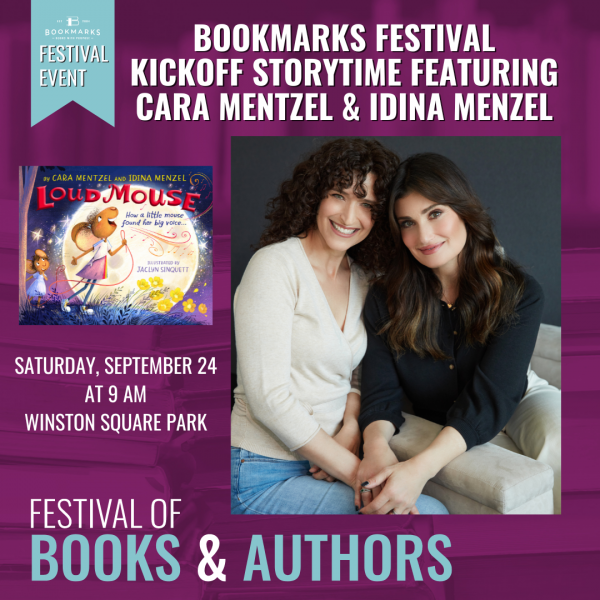 Our Festival Kickoff starts with a Winston-Salem Police Department Paw Patrol Dance Party and a special appearance by the Winston-Salem Youth chorus. Get excited for a day of fun celebrating books and stories! A very special storytime with Cara Mentzel and Idina Menzel, will follow at 9:30 a.m.

Frozen's Elsa and Tony Award-winner Idina Menzel, along with acclaimed writer and teacher Cara Mentzel, present Loud Mouse, a lyrical picture book about a little mouse finding her BIG voice with the help of her sister. Complete with gorgeous illustrations and filled with humor and heart, Loud Mouse is a clever tale about learning that sometimes your best self is big, brave, and yes, loud.

Safety Update: CLICK HERE FOR AN IMPORTANT STORYTIME UPDATE. Wristbands will be required for entry.

Bookmarks asks that everyone please be kind to the children who wish to attend this storytime; we understand adults also want to hear Idina Menzel, but please note this is a storytime for children, and we would like to prioritize seating and entry for children over adult attendees. 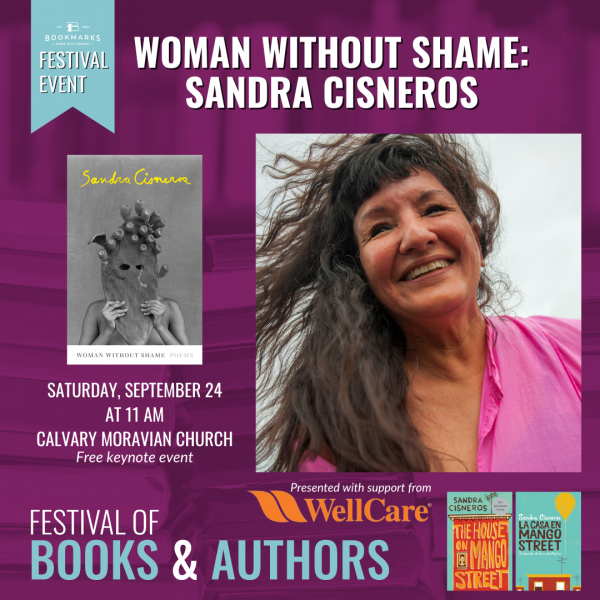 Sandra Cisneros is a poet, short story writer, novelist, essayist, performer, and artist. Her numerous awards include NEA fellowships in both poetry and fiction, a MacArthur Fellowship, national and international book awards, including the PEN America Literary Award, and the National Medal of Arts. More recently, she received the Ford Foundation's Art of Change Fellowship, was recognized with the Fuller Award for Lifetime Achievement in Literature, and won the PEN/Nabokov Award for Achievement in International Literature. In addition to her writing, Cisneros has fostered the careers of many aspiring and emerging writers through two nonprofits she founded: Macondo Writers and the Alfredo Cisneros del Moral Foundation. As a single woman, she made the choice to have books instead of children. A citizen of both the United States and Mexico, Cisneros currently lives in San Miguel de Allende and makes her living by her pen.

Woman Without Shame is a brave new collection of poems from the best-selling author of The House on Mango Street. It has been twenty-eight years since Sandra Cisneros published a book of poetry. With dozens of never-before-seen poems, Woman Without Shame is a moving collection of songs, elegies, and declarations that chronicle her pilgrimage toward rebirth and the recognition of her prerogative as a woman artist. These bluntly honest and often humorous meditations on memory, desire, and the essential nature of love blaze a path toward self-awareness. For Cisneros, Woman Without Shame is the culmination of her search for home—in the Mexico of her ancestors and in her own heart. 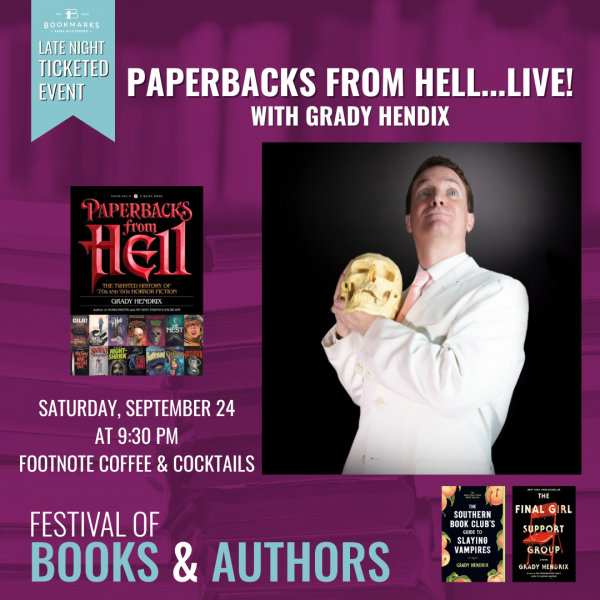 Grady Hendrix returns to Bookmarks with Paperbacks From Hell...Live!

In the early seventies, three books changed horror forever: Rosemary's Baby, The Exorcist, and The Other. The first horror novels to hit bestseller lists since 1940, they opened the floodgates for an avalanche of horror paperbacks to pour onto supermarket shelves throughout the seventies and eighties until Silence of the Lambs slit the genre's throat in the early nineties. New York Times bestselling author Grady Hendrix delivers a mind-melting oral history of this now forgotten world of Nazi leprechauns, skeleton doctors, killer crabs, killer jellyfish, killer babies, pretty much killer everything. Prepare yourself for a tour of this long-lost universe of terror. Prepare yourself for...the Paperbacks from Hell!!!!

Grady Hendrix is the New York Times-bestselling author of The Final Girl Support Group, The Southern Book Club's Guide to Slaying Vampires, and many more. His history of the horror paperback boom of the '70s and '80s, Paperbacks from Hell, won the Stoker Award for Outstanding Achievement in Nonfiction and his upcoming novel is How To Sell a Haunted House, out January 2023.

$30 tickets include a copy of Paperbacks from Hell and one drink ticket to redeem at Footnote at the event. 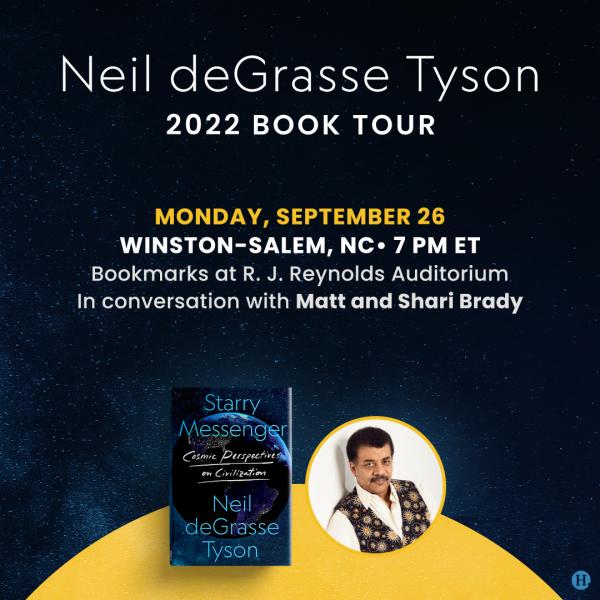 Bookmarks is one of SIX tour stops for Neil deGrasse Tyson's book tour of Starry Messenger: Cosmic Perspectives on Civilization. Each ticket will include a pre-signed copy of the book. There will be no booksigning at the event. Tyson will be in conversation with Matt and Shari Brady, STEM educators and co-founders of the nonprofit organization The Science Of (TSO). Additional copies of Starry Messenger will be for sale at the event. Student and educator rush tickets will be available at the door (as supplies last) for $10 with valid ID.

About Neil deGrasse Tyson
Neil deGrasse Tyson is an astrophysicist and the author of the #1 bestselling Astrophysics for People in a Hurry, among other books. He is the director of the Hayden Planetarium at the American Museum of Natural History, where he has served since 1996. Dr. Tyson is also the host and cofounder of the Emmy-nominated popular podcast StarTalk and its spinoff StarTalk Sports Edition, which combine science, humor, and pop culture. He is a recipient of 21 honorary doctorates, the Public Welfare Medal from the National Academy of Sciences, and the Distinguished Public Service Medal from NASA. Asteroid 13123 Tyson is named in his honor. He lives in New York City.

About Starry Messenger
Bringing his cosmic perspective to civilization on Earth, Neil deGrasse Tyson shines new light on the crucial fault lines of our time—war, politics, religion, truth, beauty, gender, and race—in a way that stimulates a deeper sense of unity for us all. In a time when our political and cultural views feel more polarized than ever, Tyson provides a much-needed antidote to so much of what divides us, while making a passionate case for the twin chariots of enlightenment—a cosmic perspective and the rationality of science. After thinking deeply about how science sees the world and about Earth as a planet, the human brain has the capacity to reset and recalibrates life’s priorities, shaping the actions we might take in response. No outlook on culture, society, or civilization remains untouched. With crystalline prose, Starry Messenger walks us through the scientific palette that sees and paints the world differently. From insights on resolving global conflict to reminders of how precious it is to be alive, Tyson reveals, with warmth and eloquence, an array of brilliant and beautiful truths that apply to us all, informed and enlightened by knowledge of our place in the universe.